About: www.elainemitchener.com/sweet-tooth
My work the then + the now = now time (2019) is an exploration of Walter Benjamin’s notion of Eingedenken – a historical consciousness in which the past is not understood and glorified as something closed and complete. Benjamin seeks a form of remembering that emphasizes the past’s relentless presence. Against the mediating, conciliatory thrust of Erinnerung (memory), Eingedenken remains true to suffering in the past by refusing reconciliation with past wrongs. My artistic work is permeated by the awareness of past and present forms of discrimination, post-colonial wounds and its effect on humanity. the then + the now = now time is an artistic quest to politicize the past, undoing and unsettling time and space using music and movement. 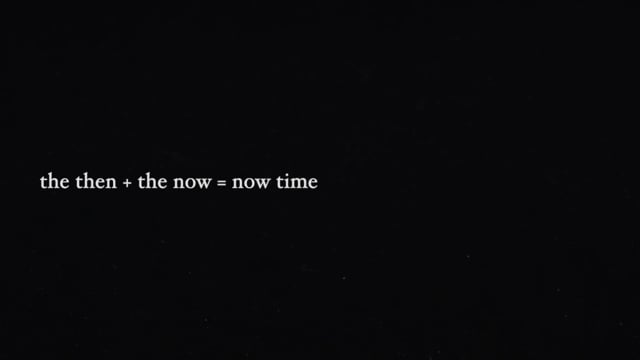 Memory Says (Mitchener after Sun Ra, 2020)
Creative people find ways to process what’s happening around them and to support our wider communities. The wonderfully anarchic Colour Out of Space Festival created a ‘Plague Time Television show which ran for five sessions and invited artists to contribute.
MYSTERIE PLAY (Mitchener 2020)